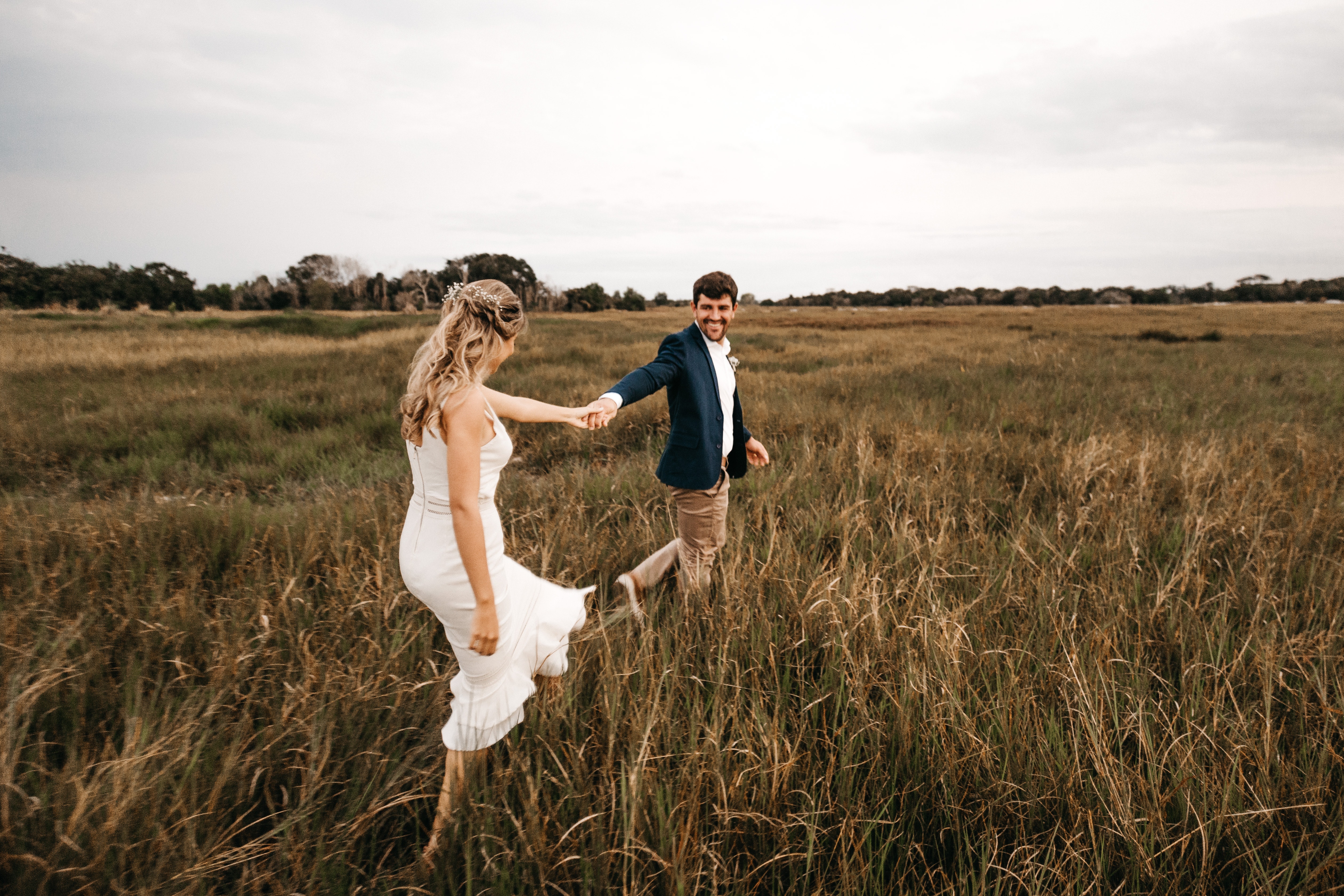 “Yeah? Well nobody looks at design anymore anyway,” was all I could come back with when a creative director riffed on why anyone would want to be a copywriter. Tom would jab that most people aren’t going to spend two minutes reading 12 lines of text. I should accept it, write it, and send it so he can Quark it. They were fighting words, and I’d devote a career working to show that Tom’s gauntlet was no match for my syntax.

Without text, a hashtag is just a pound key.

If not for type, we’d have a surplus of abstract art. By writing well, copywriters make designers look good. (Okay, I’ve got it out of my system, let’s move on.) In 2019, is it possible that Tom’s wisdom is prophecy? In a world where words are more potent than ever, have we gone all-in on the keywords and lost our connection to our customers?

While there are so many brilliant examples of marketing and advertising happening now, it’s always a sad day when you scroll to the bottom of a website to find a footer with the copyright year of 2017; only to realize the text was farmed out and exposed to mad copy disease.

Least we can do is get the wording right. Chimpanzee GIFs and the word “FREE” notwithstanding, evolution dictates, first there will be the steady degrading in quality, followed by a fall-off in receipts, and an eventual, much-welcome rising. It’s happening. It’s in the air — a creeping creative revival in how we value both the type and the typist.

Words are the new black.

Be it in two syllables or 140 characters, or as content on YouTube or Netflix, or the emotion in Halsey’s lyrics, the challenge is finding the right words; placing them in the proper order; and giving them life, some love, perspective, authority, sex appeal, wordplay, rhyme, rhythm and tone, and the timely elevation of a voice readers, viewers, and customers can trust in and click on.

The scene opens during a routine feed at the Pork Store Cafe on Haight Street, following a lackluster Saturday night of wall flowering in San Francisco’s infamous Marina Triangle. Confidence is low; tensions high. Something is brewing and about to flow like the free refills on cheap coffee.

Neil and I became friends at a Bay Area video-game advertising agency that did work for Sega and Nintendo. I was a copywriter and he an account manager. Neil showed up on his first day wearing yellow jeans like the ones I had just purchased for a date that coming weekend. First thing I said to him was that it would be best for company morale if he wore a different color next time, he did not.

There we were, two twenty-somethings with everything going for us, and nothing going on beyond the fact that we had our whole lives in front of us. We’re talking a buds-at-first-sight, coming-of-age-in-the-internet-era period comedy set in San Francisco during the creative industry Gold Rush of the Soaring 90s. It was a story with a Hollywood ending waiting to happen, complete with a breakthrough moment to forever change the course of our protagonist’s existence.

Back to Breakfast. I was desperate to start my own business. The idea of quitting my job and going full-time on developing a design magazine was a favorite topic of discussion alongside the disturbing theories of how our ex-girlfriends were probably with new boyfriends in Santa Cruz surfing with pods of dolphins - while Neil and I shared another meal.

As I instinctively crawled into yet another monolog of how I wished I could leave my job and start my own business, Neil lost it. Something inside the man snapped, and he could contain his rage no longer:

Neil wasn’t an overtly religious man, but that day he moved mountains. His profane profundity – his spirited spin on the Nike nugget – was a cheap shot of worldly wisdom delivered as both a clean knockout and an existential wake-up call. Neil’s new mantra would become the primal scream that shook me to start living my dream.

Once I focused and applied myself, I turned into a creative catalyst and talent manifester by attracting and assembling a team of designers and generous supporters who were ethical, generous, and capable of bringing to life what would become required reading for design students and professionals across the globe.

Neil would eventually move East to pursue a PhD and launch a successful career as a branding expert and consultant. In the fall of ‘94, Neil laid down his gauntlet – he called me out. And there was no mode of retaliation for being slapped to your senses by a friend who tells it to you straight. I accepted the challenge for sanity’s sake.

Thank you for your time and consideration. And to Neil for his terrible fashion sense.

Grammar Mistakes I Made While Working As a Video-Game Copywriter 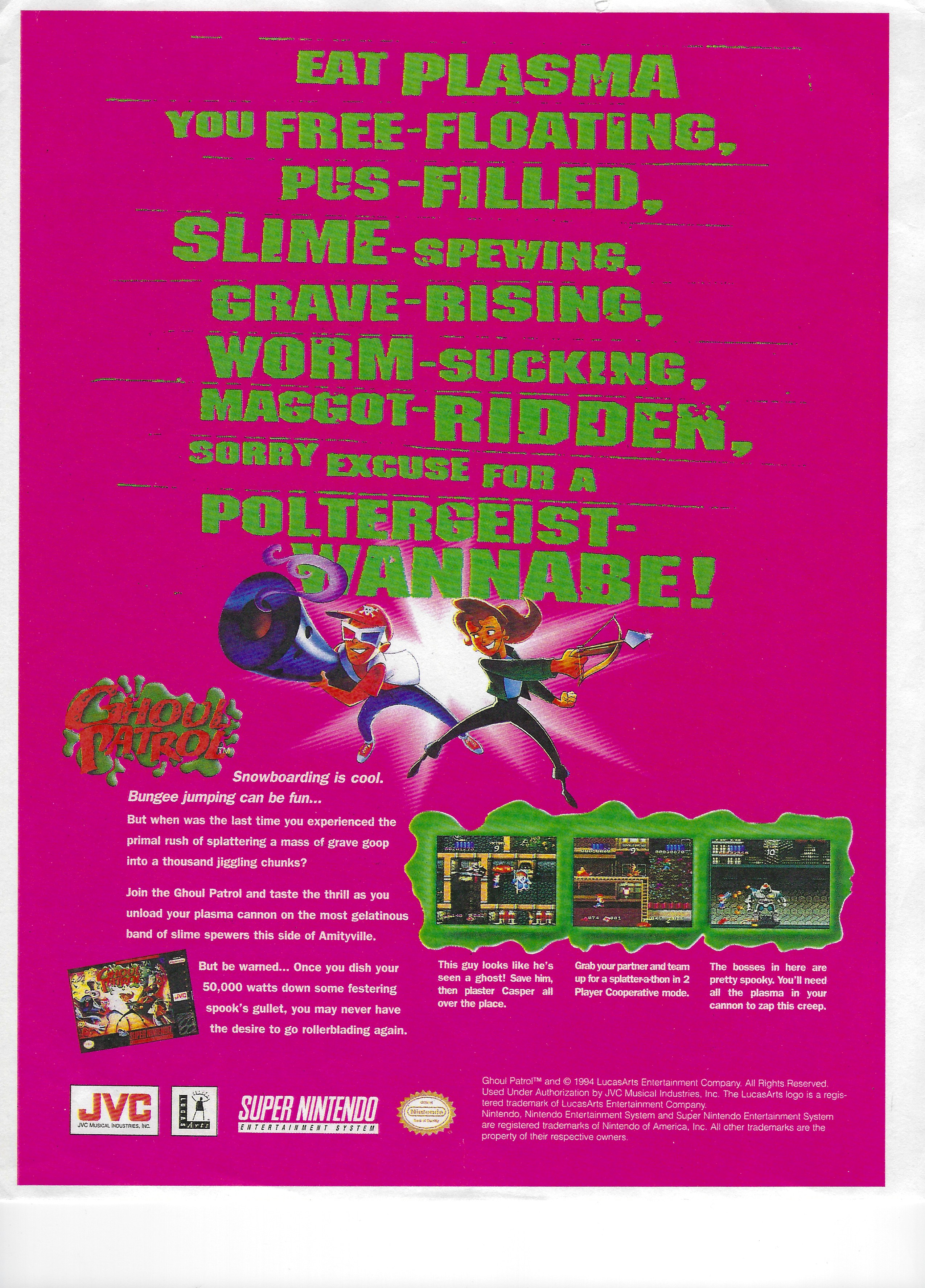 Who Gets Final Approval Before You Go To Press?

The copywriter is an easy target. How about the designers – do they get a pass because they’re visual people? What about the project manager – wasn’t this her account? Did it go through the production department? Didn’t the creative director review? Just blame the client?

In 1994, “Pretty Good Ads in About an Hour” was our motto at one of the Bay Area’s first advertising agencies to serve a Who’s Who of high-profile gaming pioneers. I spent much of my early 30s writing for Atari, Nintendo, LucasArts, and Sega. We’re talking mid-90s Bay Area, the Wild West of design and advertising. We had control of the creative department and were aiming for the Communication Arts Annuals like the rest of the Goodbys, Butlers, Odiornes, Saatchis, and JWTs mining for gold in San Francisco.

As the lead copywriter on Ghoul Patrol, I got a little word crazy in this pre-Grammarly-era print ad. It felt right, and it was good. It was glorious and because I could. But it wasn’t as Rockstar as the legend I paint it to be. I still turn white when I read how I went bonkers with the ellipses, used the word “plasma” three times, dropped two exclamation points, and paid no mind to the random caption lengths under the screengrabs. The copy concept may be a little graphic as well, but we’re talking hellacious haunters here.

Don’t look back in anger.

Making critical oversights on the job is how you learn to write and edit like you mean it, and there would be many times throughout my career where I wished I had another day to rethink my words — but getting paid to write lines like “grave goop,” “jiggling chunks,” and “Sorry Excuse for a Poltergeist-Wannabe!”… priceless.

Having syntax karma bite you in the keister for abusing the office Fiery machine (an early version of the super copiers at Kinko’s) to make duplicates of your portfolio after hours? Payback.

Thank you for your time and attention.

††See Banger, a slang term for the exclamation point I learned from a #1 ranked copywriter.